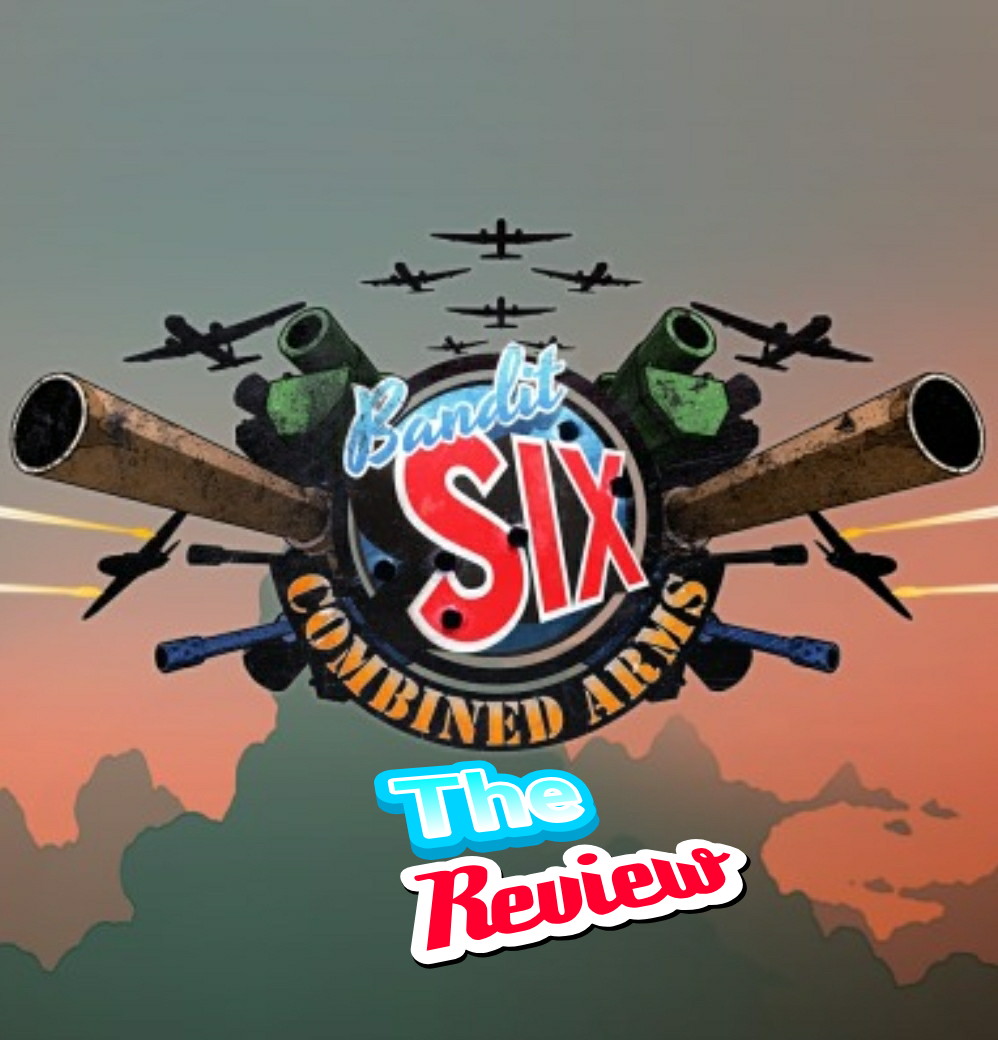 We salute you gunners on the ground and striking sky masters…

Remember when Snoopy would fight against the Red Barron and that put a smile on our faces? I got the same feeling when playing Bandit Six: Combined Arms on the PlayStation VR. Bandit Six has a lot going for it as it includes two modes, Bandi Six and Bandit Six: Salvo. In Bandit Six: Combined Arms you play as a gunner where your missions are either to survive as long as you can or protect other aircraft. Each mission in Bandit Six kept me wanting to unlock more and more. You track with your head and fire with the R2. The challenging part is when you wave of planes shooting at you while trying to shoot a cargo plane down to get a power-up and missiles are being launched from the ground at you and all this while trying to survive.

The second game called Solvo is where you may have the most fun. The Cel-shaded art is a really nice touch and does seem to make the game come alive. Before the mission starts you get to choose the type of turret and any power-ups you want in the game when you are not controlling it, the AI is controlling it for you. You will have tanks, ships, jeeps, and planes all trying to attack you and this was some of the most fun I had in different locations which are really a nice added specialty.

While I wish Bandit Six had leaderboards, it does have a very appealing aspect to it being in WW2 combat and wanting to get the highest score possible. Part of Bandit Six is wave shooter while not being a typical wave shooter of sorts like some VR games tend to be and the other is almost like a defense tower type of game where you are in the battle to defend your base. With all that said, Bandit Six: Combined Arms deserves to be in your arsenal of PlayStation VR titles and it won’t break the bank.

Bandit Six: Combined Arms is out now on PlayStation VR and is also available on Oculus Go and Gear VR on the Oculus Store and on Daydream through the Google Play Store. A review code was provided

I love games like Monopoly, checkers and even Uno. I have always loved the idea of chess and I know people love the game. I mean when they have different themed pieces of chess from Star Wars to Harry Potter,…
Read
Older Post

Welcome to The Roughnecks... https://www.youtube.com/watch?v=kEAgjEENe4U&feature=youtu.be Ever since playing first-person shooters and seeing movies like Starship Troopers, I knew that one day we would get that feeling, that wow factor...and that day is upon us and this is just the beginning.…
Read
Random Post

Boxing and Virtual Reality go together more than you might think. To take into the world of the sport and make you move and punch the way a real boxer would is something we have been waiting for. And I…
Read
Random Post

That’s right all you pirates of the sea, Battlewake has fired its weapon and that weapon is headed for all players on PlayStation VR as well on the Oculus Store and Steam. But what can ye expect from such a…
Read
Random Post

Hopalong: The Badlands – The Review

I have always been fascinated by the history and era of the Wild West. People like John Joshua Webb and Sam Bass to even the Lincoln County War with Billy the Kid, Josiah “Doc” Scurlock, and Pat Garrett. The list…
Read
Random Post

Sea of Memories – The Review