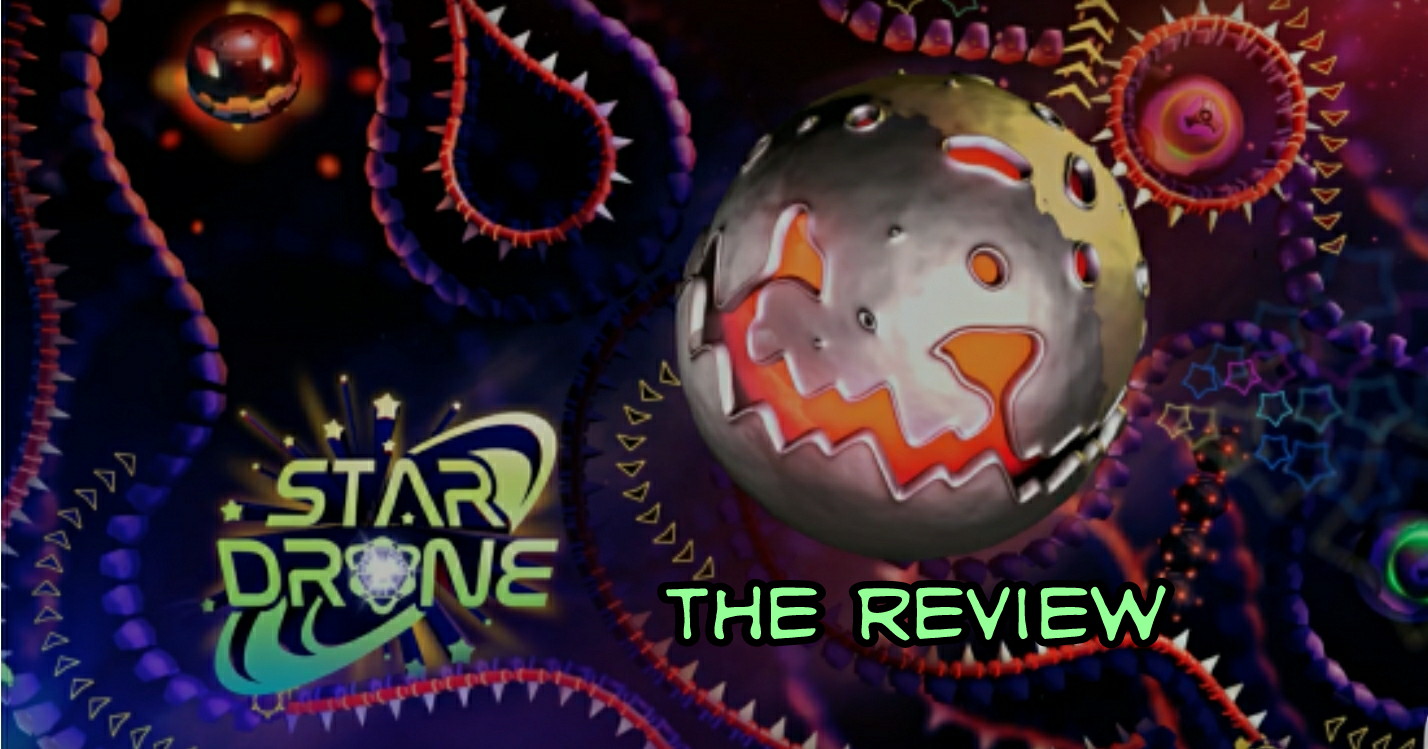 StarDrone. The name alone may be familiar. It graced us on the PS3 and the Vita. And now, Beatshapers has allowed StarDrone to make its presence along with 60+ levels and its slingshot pinball-ish type puzzle action the first PlayStation VR game of 2018.

StarDrone is a puzzle game first and foremost. But it adds so much more. It has that arcade feel, add some pinball,  some physics (I knew that Goofy teaching how to play pool cartoon would come in handy) and add the ability to collect objects into the mix and you are in for some real fun.

You can play with the Dual Shock 4 controller or use a Move Controller. Everyone is going to have their preference, but for some real fun, try the Move Controller as it may turn out to be your favorite. Each level will have its own goal. This can range from collecting all the stars, finishing across the line or collecting the keys that look like mini computer chips and bringing them back to a certain area. But how does one move you might ask? Well, this is when your sling-shot skills come into play. As you move along, you will see these purple bumpers and as your ship gets near them, hold down X so you can attach to them in a circle like motion. It’s about the timing here and not so much a race of how quickly you can clear the level, but once you have this motion down, you should be able to zoom along like nothing else. And there is something satisfying about this.

As you collect the stars, your meter stars increasing. So why do you want your meter to fill? By doing this then allows your protective shield to come alive so then you can break through certain barriers and allows new areas to be unlocked thus allow more fun to be had. But beware of the spikes along the way as you want to try and avoid these. If you hit these too many times, you must restart the level. I cannot tell you much fun it is when you are so close to beating the level only to have a spike sandwich and it’s game over.

One thing that can make you seem a little lost on certain levels, is not seeing what you might need to collect. Thankfully this is not too difficult as you will have an arrow near your ship showing you the direction of where you need to go. At the start of each level lists your goal for that level. But if you take too long, it may go away. However, if you just pause the game, you should be able to see the task at hand.

The music has that relaxing sound to it. Some may not appreciate it, but for me with the immersion of being out in space, it just works. But the real question that some may be asking is playing in VR really add to the game. Some may say no. But for me and how much I enjoy putting on the PlayStation VR headset and escaping, I can fully appreciate what Beatshapers has done here. They have allowed me to escape to space and have space be my puzzle playground, that when you think about it, it is something special. This is where ideas come from, the thoughts and questions one may ask such as “What if we tried…?” or “I wonder how this would work in VR?”. Until one tries, one may never know.

Stardrone is out now for PlayStation VR and is available on the Oculus Rift/S, Oculus Go, and Gear VR on the Oculus Store, and Steam. A review code was provided.

In case you missed the trailer, please enjoy. Until next time, I am going to see if I can beat my score.

Ever since infamous outlaw legends from Billy the Kid to Jesse James, I have been fascinated with the wild west and the stories that have been told. And I have always imagined and wondered how it would be to be…
Read
Older Post

Ghostbusters Is Hiring: Showdown – The Review

When we last left we were just trying to get the interview, We explored the firehouse, we got to see Ecto 1 and yes sit at the end, we even got to use a trap and saw something with wings.…
Read
Random Post

The Door – The Review

If you were forced to be in a room locked in with at the time appears to be no escape, would your mind rumble with fear or would it have the determination to allow you to use whatever you could…
Read
Random Post

Sometimes It Pays To Be Good In Size...

Have you ever thought about what it's like when someone doesn't like just because of your looks? Maybe they feel threatened in the mere size that you carry. Or perhaps, it's what they do not know that fuels their own…
Read
Random Post

Have you ever thought about what would happen if the human race had to set out for a new destination, one that hopefully, could help keep the human race alive and going for generations to come? If you were in…
Read
Random Post

Are You Ready To Go Down The Rabbit Hole?

There is more to the story that was told of a girl named Alice in Wonderland. But what you may not be aware of is the story before the story that needs to be told. Playing as a girl who…
Read