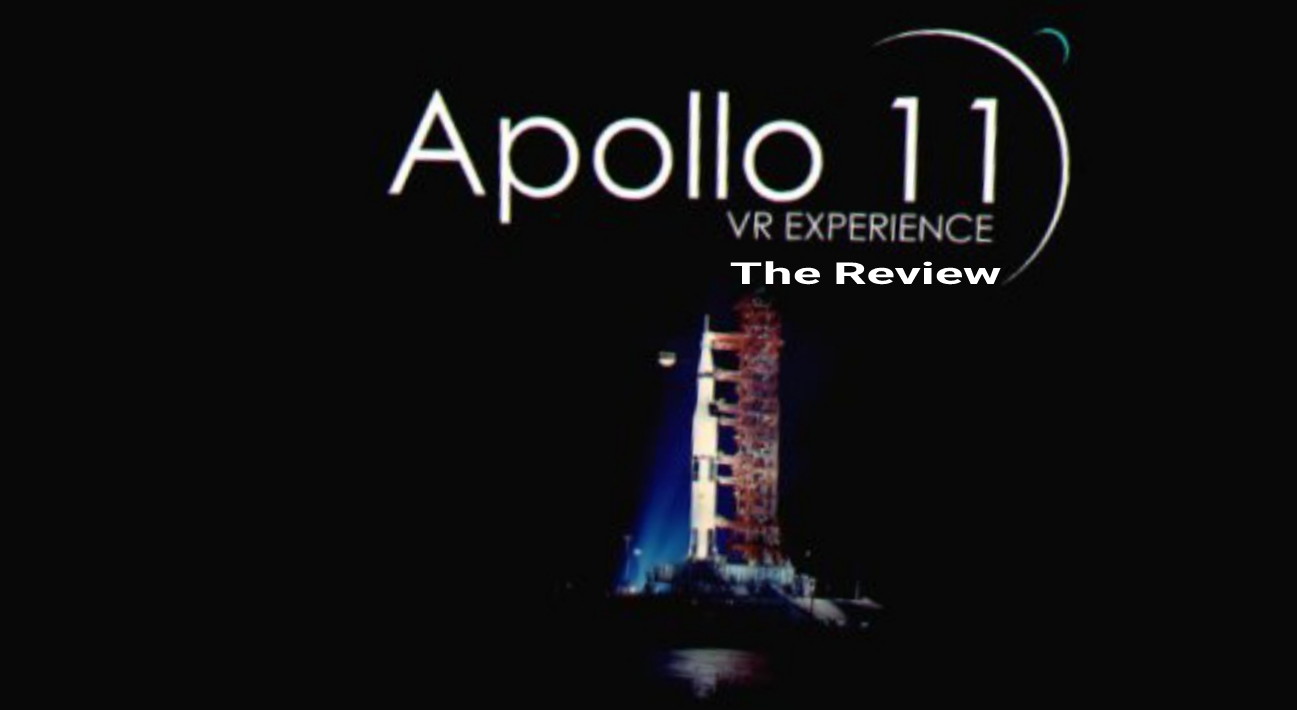 Those words…that speech. Over 50 years ago they were said and yet, still hold up to this day. It has a very powerful message. One where we must not sit and wait, but one where we must have a goal, race towards that goal, and succeed in completing that goal. John F. Kennedy back in 1969 was referring to one very special mission. A mission that the United States raced to be the first ones on the moon. Three brave souls Neil Armstrong, Michael Collins, and Buzz Aldrin crewed the Apollo 11. It was a time of excitement, fear, curiosity, and dedication. And yet even after that mission, almost 50 years ago, those feelings are very well represented in Apollo 11 VR from Immersive VR Education for the Playstation VR.

The Apollo 11 mission is about a time where the United States was not the first in space, but the first to land on the moon. A goal that we were not going to be set back…be held back, but reach out and try to touch the stars. Apollo 11 VR is the recreation of that mission that took place from July 16th, 1969 – July 24th, 1969.

Impressive does not even do Apollo 11 VR justice. When you first start and you hear John F. Kennedy give his speech the immersion has already begun. You start out in your house and seeing the speech as it happens right in front of you playing from a projector. Then as you look around and to your left, you see in a perfect recreation of the 1960’s ball or some called them egg chairs with a TV of the same speech being played. Simply hit X and you can now be in the chair. It is these small add-ins that didn’t have to be added in. Once you are in the chair, feel free to lean and look around, see where you were sitting, look at the projector to the door to even the lava lamp right next to you, all this just adds to the immersion and we have not even gotten into space yet.

But from the speech of President John F. Kennedy to hearing the Astronauts of Buzz Aldrin, Michael Collins, and Neil Armstrong talk and communicate, I felt like I was right there. From the take-off from Earth and you can hear the engines going and then when the rumble of the Dualshock 4 intensifies in your hands…all I can say is wow.

To give you the experience of what it would be like to use the right amount of fuel and speed as you dock to trying to land on the moon. My first few attempts at trying to land I overshot the mark. Then I tried to get creative and do flips as I tried to land…yep this is what would happen if I had control. So yes your skills will have to be spot on here. You will need to have some patience as you attempt to complete these missions. But this is the Apollo 11 mission. At that time, many things were untested and not simple, so why should these missions be? Afterward, you are graded and the communication between the astronauts and ground control based on what you did was really amazing. I felt bad that we had to tell Houston that maybe we did use too much fuel. So thank you Immersive VR Education for showing me the ways.

But lets put the missions aside for a moment. I want to say this and now. The beauty of space and how it is represented here is truly breathtaking. Just being able to get the sense of what it would actually be like in space, to see the Earth and from this view to see how fragile it really is. As I was experiencing this, I had this moment so something that happened 20 years or so after the fact of part of a speech that was said:

“And more secure for you and your children. I couldn’t help with one point in our discussions privately with general secretary Gorbichov when you stop to think that we’re all gods children where ever we may live in the world I couldn’t help but say to him just think how easy his task in mind might be in these meetings that we held if suddenly there was a threat to this world from some other species from another planet outside in the universe. Wed forget all the little differences we have between our countries and we would find out once and for all that we really are all human beings here on this Earth together.”

The differences we have, how little they would be. How we are really are all human beings here on Earth…together. This was even truer seeing the Earth and the presentation of it all.

When you finally get on the Moon, the small amount of detail from the craters to the stars are all well represented here. Being able to move along the moon pretty awesome. I really like how everything is represented here. When you see the flag, you can get up and close and learn some history of that mission. And when you come across the other astronaut the way the lighting hits the moon and the helmet, it really shows you the dedication, time, and heart that went into Apollo 11 VR.

And while you are busy on the moon, feel free to explore. You just might something very impressive that Immersive VR Education has done here that I will not spoil. But it’s this type of appreciation that not only do they show, but you experience that makes Apollo 11 VR the mission you need to go on.

Somehow Immersive VR Education has created this type of documentary that we can all be a part of. It is amazing how they have turned this part of history and allowed us to step up and make that one giant leap. From the take-off to the detail of the buttons and controls inside the spacecraft to even the re-entry back to Earth to the sounds, I wanted to touch the buttons, I wanted to do more. That is the only thing I can say that I was a little sad about. I wanted more interaction. I wanted to push and flip the buttons, I wanted to talk with Houston, I wanted to do more stuff on the moon. But I understand why we can’t, I really do. But that doesn’t change the fact that when Immersion this good is present, other parts of you want to be included.

Apollo 11 VR is out now on PlayStation VR and is also available on Oculus Quest, Oculus Rift/S, Oculus Go, Gear VR on the Oculus Store, Steam, Viveport, and Daydream on the Google Play Store. A review copy was provided.

Also, check out the interview with Bobby Greaney of Immersive VR Education.

In case you missed the trailer, please enjoy. Until next time, I am just going to go and enjoy the view.

Gaming is art. Art is gaming. But when you combine the two, sometimes something very special comes along. For the longest time PlayStation VR did not really have it’s own dedicated go to experience that allowed you to create the…
Read
Older Post

Puzzle games can be fun. They are cherished by many. Your thinking, knowledge, and logic all tested. Your frustration can reach its limits just as well as your ability to overcome the challenges and succeed can be rewarding. So does Turbo…
Read
Random Post

Get Ready To Throw Anything...

We read and saw about this scientist and since day one, we knew there was this evil in his eyes. We were right as good ol mad scientist has decided to play GOD, conduct experiments from around the world, and…
Read
Random Post

Audica Wants To Take You On A Quest...

It's time for you to grab your shooters and be in tune with your rhythm as Harmonix's rhythm shooter is coming very soon to the Oculus Quest. In AUDICA, it will be up to you to shoot the targets with…
Read
Random Post

Mental health is in no way a joking matter. One can suffer from the anxiety of depression, trying to do the right thing and to even fear itself. It can be hereditary or one can start to lose interest in…
Read