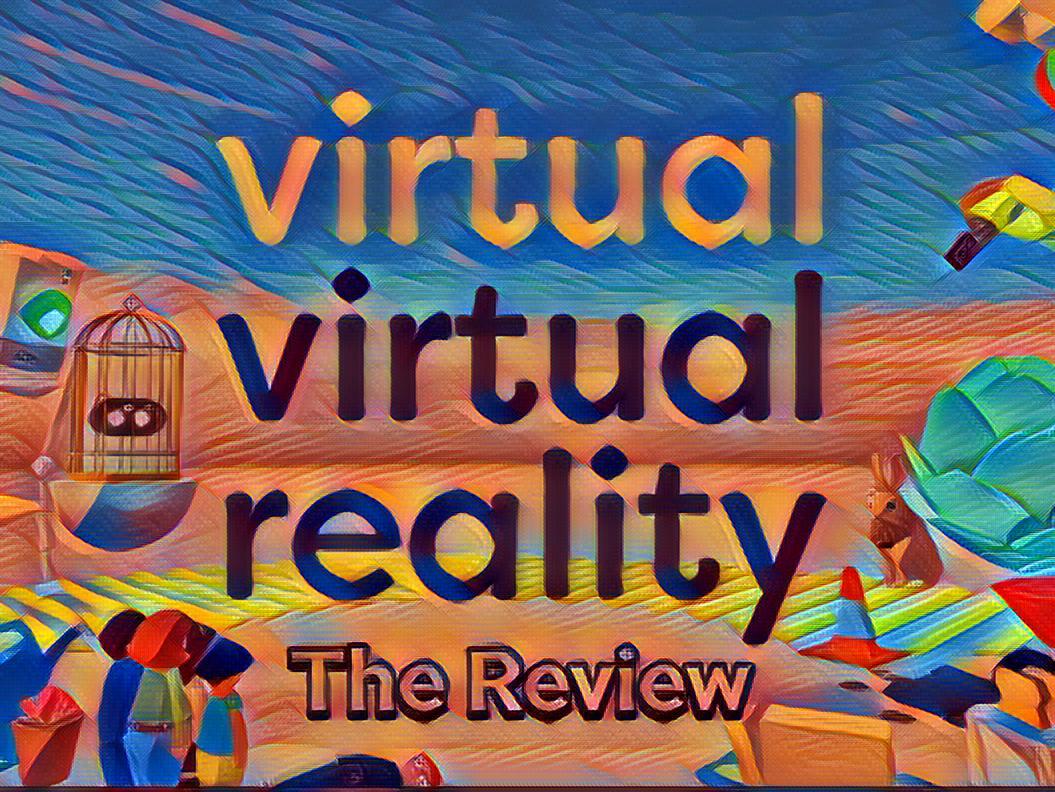 If one day in the future all the jobs that humans would do was suddenly taking over, what would you do? If the AI started to develop a need for human companionship would you sign up or would you even have a choice? It is something to think about as machines and AI are already being used in today’s world where those same things were once all human controlled. But does Developer Tender Claws give us a glimpse of the future and what could possibly become our reality? Let’s find out with Virtual Virtual Reality for the PlayStation VR.

But what is it you actually do in Virtual Virtual Reality? Because of the near future being shown in which AI has become the clients per se, the AI still needs that human companionship and this is where the human supplier Activitude comes in. Think of Activitude as an employment agency of sorts where based on the AI’s needs that you, as a human, will only be able to handle. But that is where the craziness that I found quite enjoyable comes in. Before starting you will need to decide if you want to use the DualShock 4 or both Move controllers. Using the DualShock 4, you are limited and do not have a wider range of motion when using both Move controllers, so if you have access to them, use the Move controllers.

Now when you first start, you are introduced to your manager of sorts, Chaz. He, like most managers, what to make sure that you do the best that you can and informs you that ratings are all important here at Activitude. So the better the ratings, the better your performance. That is until things in Virtual Virtual Reality may not be as they want you to think they should be.

When you start in the hub like the world, this is where you will come back to after each job is completed. Then depending on how well or not so well you did, Chaz will give you a performance review. Keep acting up and you can see that Chaz is trying, but starting to get a little impatient like in a way a manager would. But could the reason for your actions lead to the bigger picture of things? Could the AI clients give any clues? That you will have to find out for yourself as I am not going to ruin that or any other fun to be had in Virtual Virtual Reality.

But it’s when you really start getting deeper within Activitude’s inner system that you start understanding a little more and the craziness starts to come into play. There will be times where it seems you may come to a dead-end or a repeat of sorts, do not let this discourage you. All I can say is continue on as you never know who or what you will meet in Virtual Virtual Reality.

I loved the art style from the beginning to the end. The world of Virtual Virtual Reality is colorful where it needs to be and just the right amount of dark in other parts. I liked how that you are in Virtual Reality only to then go into Virtual Reality through each of the different jobs such as the kitchen that gives that warm and cozy homely feel to the telephone booth out in the wide open. The sound is also great here from the voice acting to the background music and sounds that help support the voice acting and when you add the humor and multiple endings, you have a very impressive Virtual Reality package.

There are a few things that I would like to see added. For one, the navigation doesn’t allow you to move as well as some might like. You have to teleport in a way and then hit the Move button three times in order to rotate 180 degrees. Since Virtual Virtual Reality is also out for Google Daydream, Gear VR, and Oculus Go, which primarily use one controller, that may be the reason. Not saying it’s not playable as it really is, it would just be nice to have the addition to the controls added. The other thing I want to see is more of Virtual Virtual Reality as there could be so many different possibilities of where you could go as this is Virtual Reality we are speaking of.

In life when we are not sure of what the next day may bring and the unexpected, Virtual Virtual Reality shows that anything is possible and proves that any chance to experience things in Virtual Reality is becoming more of a reality and that we should all experience it.

Virtual Virtual Reality is out now on PlayStation VR and is also available on the Oculus Quest, Oculus Rift/S, Oculus Go, and Gear VR on the Oculus Store, Steam, Viveport, and Daydream on the Google Play Store. A review code was provided.

In case you missed the trailer, please enjoy. Until next time, I have some other endings to experience.

There is something about the game of pinball that allows you to get your mindset and using the flippers to hit the pinball all around the table and racking up points. The tables themselves have some of the best themes…
Read
Older Post

Trover Saves The Universe – The Review

If you had the chance to think of something so comical and so over the top, how fast would you share it with others? Would you even think about those that you might possibly offend or would you unleash your…
Read
Random Post

It's Time For You To Take A Quest To The Undead Valley...

With Arizona Sunshine coming full steam ahead with the Oculus Quest, the roadmap has been laid out it is not going to stop now. Back in December, Arizona Sunshine received the Two-Handed Weapons update, then you were able to visit…
Read
Random Post

What would you do if you were comfortable in your own town and all of a sudden, your help was needed and not by criminal mischief of the physical kind per se, but more of the spirit haunting kind? Would…
Read
Random Post

Creed: Rise To Glory Is About To Get A Little More Physical...

Listen up all you Virtual Reality boxers out there, Creed: Rise to Glory is receiving the physical edition for a wider range of markets. This means that N. America is not going to be the only region who will have…
Read