Bow to Blood – The Interview 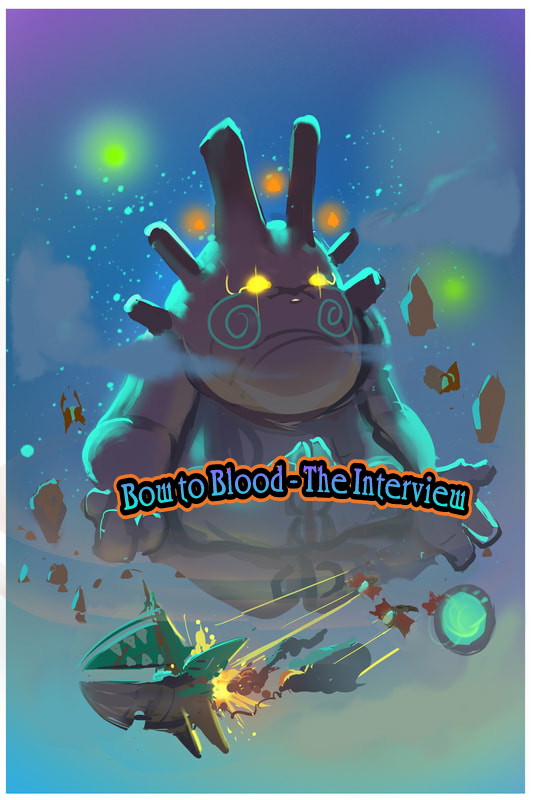 At the Paris Games Week, we were shown a lot of PlayStation and PlayStation VR games. With such a strong presence of PlayStation VR games, it made one thing clear that VR will have very strong support. And for that, had made a lot of people see what I and others have already known. Virtual Reality truly takes us to other places, into the lives of the characters where we can live out in their world. So I reached out to Tribetoy to get more information about them and more about taking on the skies in the upcoming Bow to Blood.

Tell us about Tribetoy. When did the team start?

“Tribetoy was founded back in 2008 by a group of game developers who thought it would be fun to make games after hours when they were done making games at their day jobs.”

What would be some other games that Tribetoy may have worked on that some of the gamers out there would recognize and be familiar with?

“We released Chu’s Dynasty back in 2010.  After Chu’s Dynasty shipped we all worked on high profile titles at other companies, making games such as Shadow of Mordor, Tales from the Borderlands, Fragments for the HoloLens and the TV show Clone Wars the Animated Series.  With the rise of VR, we decided to go full time at Tribetoy, so we quit our jobs and formed a dedicated team of six.”

What made Tribetoy want to get into VR?

“For us, games enable players to fulfill an otherwise unobtainable fantasy and also give people pseudo-life experience within that fantasy.  VR enables us to make games that just couldn’t be created before, but also makes players truly feel like they are experiencing the fantasy we provide.”

Do you feel that VR will keep going and what is your take on VR as far as the industry goes?

“We can’t imagine VR going away. Companies like Sony are putting a lot of support behind their products, and we imagine the technology, games, and experiences will continue to improve.”

Tell us about Bow to Blood. The art style looks like it will be really immersive in VR. Will there be an online multiplayer?

“Bow to Blood is really special to us as it takes a lot of elements from our favorite games and combines them to create something new.  We were really inspired by the crew management in FTL, the procedural storytelling in Reigns, and the arcade/sim combat of games like MechWarrior and Star Fox. We wanted to create a game that had the feeling of an arcade shooter with the tactical depth found in resource management games.  We also wanted to make relationship management a core part of the experience. We all love when games ask us hard questions, the ones that make us question what’s right and wrong. We think the experience of managing relationships with a diverse cast of AI characters who all have conflicting motivations and goals will provide a lot of interesting situations where there is no clear correct answer. We went with a stylized art style in order to really push the strengths of VR and create a truly unique world to explore.  While the experience does not include online multiplayer, we have ideas for social gaming features.”

Did you find that working with Sony and PlayStation VR was a pretty smooth process?

“Sony has been an amazing partner and they have gone out of their way to support our vision. The PS VR hardware is easy to work with, and Sony has provided all the dev tools needed to help a small team like ours be successful.”

Did you have any hurdles working with the PSVR headset?

“When making VR experiences for any platform the biggest hurdles revolve around learning how to make games for a new medium. There is a lot of figuring things out for the first time. Recently we ran into an issue where our 6’4” tall designer and our 5’9” engineer got into a heated debate over the feel of drawing the firearm from its holster. It took a while to realize that arm length was a huge factor in how the game played, it was just easier for our taller team member to reach around the ship’s console, and we needed to make adjustments to take differing player heights into account.”

Do we have a price and official release date?

And with so many games in the PSVR catalog, what would you say to current and new PlayStation VR owners on why they should choose Bow to Blood?

“We are doing a mix of unique things with Bow to Blood that you’re not going to be able to find in other VR products. You’ll be piloting an airship, tasking your crew, rerouting ship power to various systems, building and managing relationships, all while trying to become champion of an arena in a fantasy reality show. On top of that, our procedural content will keep the game fresh and enable you to create your own unique story.  We’ll be releasing more about the game in the coming months and really hope people are as excited to play Bow to Blood as we are to make it.”

I really want to thank Tribetoy for taking time from their busy schedule and giving us a chance to get familiar with them, their view on VR and more information about Bow to Blood for PlayStation VR.

Bow To Blood is out now on PlayStation VR and is also available on the Oculus Store and Steam. A review code was provided.

In Virtual Reality it is important to be immersed in the world you are in. Not only visually, but the sound also is a big part of it. Ever since Stifled was announced to be coming to PlayStation VR, I was…
Read
Older Post

I recently reviewed Chernobyl VR Project for the PlayStation VR. As I played and learned about the history of Chernobyl, Virtual Reality really added to this history lesson in a way that truly touched me. So I reached out to The Farm…
Read
Random Post

For those that have played Beat Saber, you may have realized that there has been a recent update that may have been installed. In case you were not aware, three new tracks were released and all from Camella aka Cametek:…
Read
Random Post

Will You Go Above And Beyond?

When there is war you can either hide or go above and beyond and help defend in the fight. Set in World War II, you will be playing as an agent of the OSS (Office of Strategic Services) as the…
Read
Random Post

These are some weird times we are in where in order to be safe, we need to stay in and practice social distancing. What was supposed to be an exciting day for many PlayStation VR fans on May 15, 2020,…
Read
Random Post

The Exorcist: Legion VR – The Review

I have said it before and I will say it again, the horror genre and Virtual Reality go together. It can be physical, psychological, even found footage or a point of view. No matter what the case, something about the…
Read