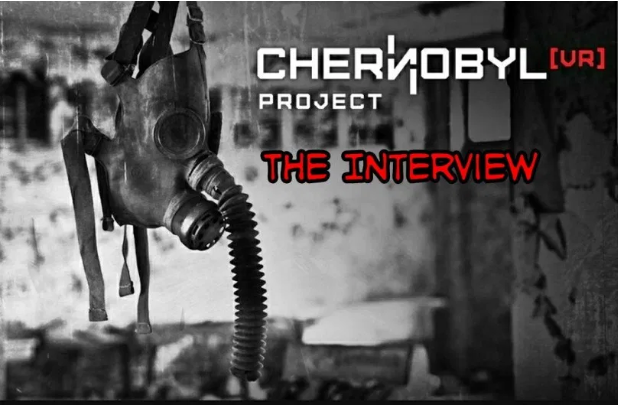 I recently reviewed Chernobyl VR Project for the PlayStation VR. As I played and learned about the history of Chernobyl, Virtual Reality really added to this history lesson in a way that truly touched me. So I reached out to The Farm 51 to ask some questions about their thoughts on VR and history. Dawid Biegun was able to step up and help answer my questions.

What made you decide to do a project in VR about Chernobyl?

“When we visit the Chernobyl zone for the first time, we decide, that we have to spread the story of this place all over the world. We came to the exclusion zone with a plan of creating the game, but then we decided that the tragic history of the Chernobyl disaster should not come down to the level of an action game only. We wanted to leverage computer game mechanics to create an interactive account of the tragic fate of the people and places affected by the Catastrophe of Time.”

Did you find any difficulties when making Chernobyl VR Project that was easy to accomplish after a few tries or even some that because VR just were not able to make it into the final project?

“To be honest? Not at all. All the difficulties we had in the development are connected with the place where we make scans. Chernobyl Exclusion Zone is not a friendly area for the game developers ;)”

What type of technique did you use to get such a great VR experience?

Did you find working with PlayStation VR had its own difficulties with what you were trying to accomplish compared to other VR headsets you have worked with?

“Yes. All videos on PlayStation need to be changed for the different player, than on any other platforms. We had problems with good enough bitrate and framerate for 360′ videos.”

With so many subjects in history, do you see yourself and The Farm 51 continuing in this direction or do you feel this was more to just test the waters to see what you could do?

“Chernobyl VR was our…experimental project, but we do not exclude further development of this and other projects. We are looking for more popular and interesting places like Chernobyl, where we could make another virtual journey for multiple platforms.”

Are there any future PlayStation VR projects that you can share at this time?

“At this moment we cannot announce any official projects yet, but our adventure with PSVR has just begun. We already developed another game on PlayStation 4 (Get Even), and we know how to work on this console to achieve great results.”

I really want to think The Farm 51 and Dawid Biegun for taking the time out of their busy schedules and dedicated work they do for PlayStation and PlayStation VR.

The Chernobyl VR Project is out now on PlayStation VR and is also available on the Oculus Rift/S, Oculus Go, Gear VR on the Oculus Store and Steam. A review code was provided.

Bow to Blood – The Interview

With The Lost Bear releasing on PlayStation VR, I have been intrigued by the art style that was being used and how that would really carry over to VR. I was also interested in the story being told with Walnut…
Read
Random Post

Smashbox Arena has finally launched on PlayStation VR with some very high praise. So you might be wondering what Smashbox Arena really is. Well, it’s a high-octane hybrid of dodge ball and the physics-driven power-ups from Archiact VR and Bigbox…
Read
Random Post

CastleStorm has been on every system from PS3 to Vita and now Zen Studios is giving it the VR treatment on PlayStation VR and I can say this is a very good thing. CastleStorm in case you do not know is an Action/RPG/Tower…
Read
Random Post

Boxing and Virtual Reality go together more than you might think. To take into the world of the sport and make you move and punch the way a real boxer would is something we have been waiting for. And I…
Read
Random Post

Are You Ready For The World Of Fujii?

Imagine a world where the beauty of plants surround you. Being able to water, touching, and interacting all around you, but not in ways that you might think. Imagine your interactive touch made the music that makes both the plants…
Read