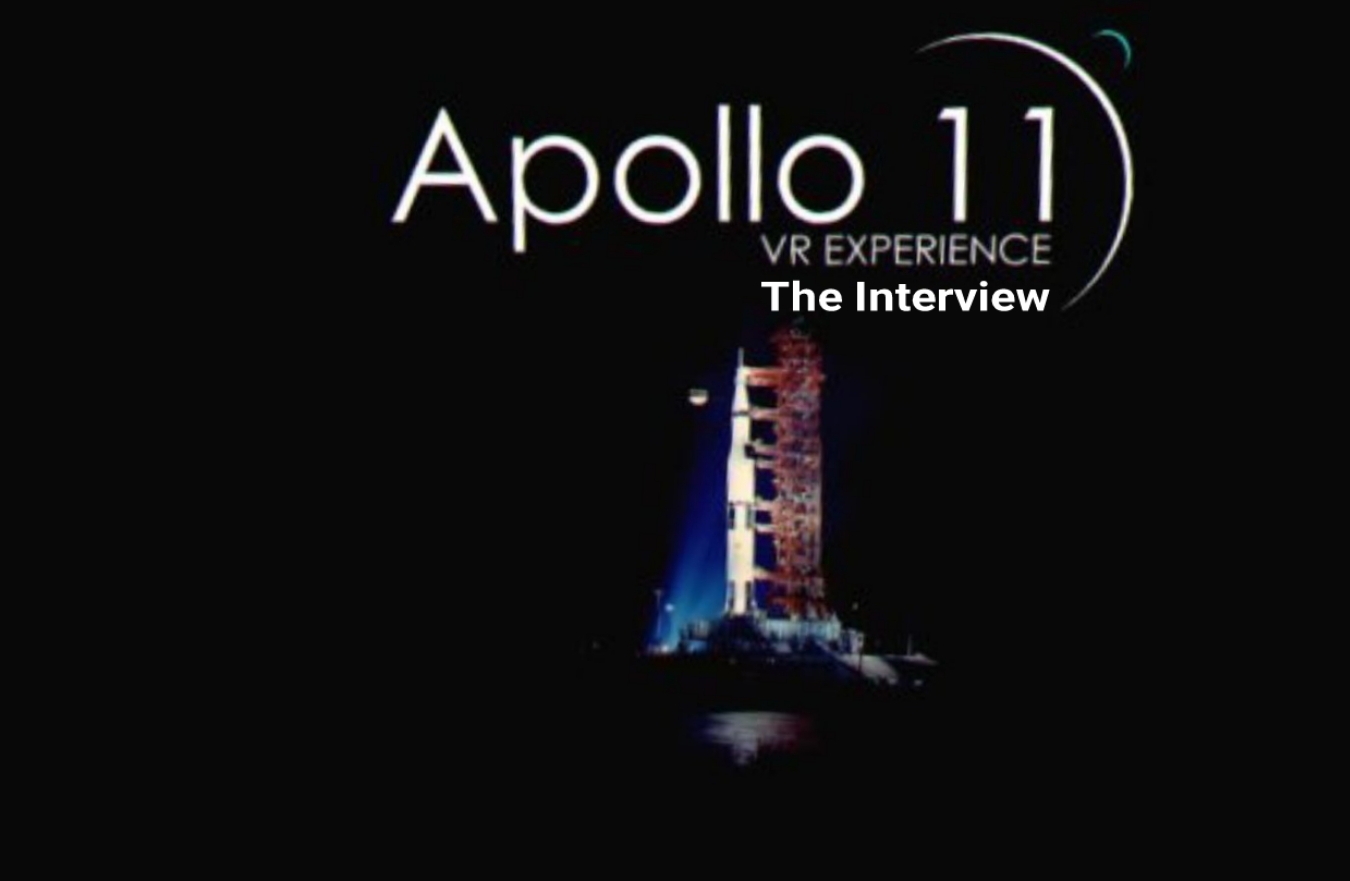 Ever since I can remember I have dreamt of going into space. Wondering what it would be like to be part of history, to touch the stars, and land on the moon. Like many of us, we may never be able to live that dream…or can we? Recently I had the opportunity to live out that dream in a way that I thought would not be possible. Presented in such a way, that I was able to experience that history, to touch the stars, and I was able to land on the moon all through Virtual Reality. So I had to know more. I had to reach out to Immersive VR Education to get their thoughts about Virtual Reality and how we can learn through experience and Bobby Greaney was more than happy to help out.

Welcome to The PlayStation Brahs. If you would please introduce yourself. For those who may not be aware, who is Immersive VR Education?

“My name is Bobby Greaney, I’m a Senior Game Developer at Immersive VR Education and we are a development studio focused on educational content. We’ve got two main focuses – Edutainment, or immersive experiences based on historical or scientific events; and ENGAGE, our VR multiuser platform designed to allow educators to create learning environments beyond what has ever previously been possible.”

What is a typical day like at Immersive VR Education?

“It’s exciting to develop in VR. So much of development is a series of solving problems one at a time. For game development, in general, there are great resources out there to see how various people have solved those same problems. The nice thing about working in VR is that a lot of the time, those problems have never been solved before.

For me, a typical day begins at 8:30. I go through any outstanding or urgent tasks for that day and get caught up on emails. The bulk of the day is dedicated to development, with the occasional meeting to go over design decisions, preproduction for a future project, or taking a read through reviews and feedback to ensure we’re delivering the best products we can.”

Virtual Reality is becoming even more popular with platforms such as PlayStation VR and it allows us to really escape and to almost have that front and center seat in the time machine of History. What was the discussion like about getting the Apollo 11 mission and giving it the Virtual Reality treatment?

“It was a no-brainer for us. There’s been a huge resurgence in the last ten years in passion for space exploration. The Apollo 11 landings are one of the most significant events in human history, and an event that really benefits from a fully immersive experience. Our approach to picking a project to pursue at Immersive VR Education is always the same – ‘What would we like to see in VR?’. With Apollo 11 VR, we successfully kickstarted the project, showing us that the public wanted to see it made as much as we did.”

And for those that may not be aware is Apollo 11 VR more of a VR movie or is there some interaction that allows the player to interact with what is going on to really get that feel of what it was like at that time?

“There are two modes for Apollo 11 VR – cinematic and interactive. The cinematic mode is just like a VR movie – you get to sit back and take it all in. The interactive mode has a limited number of interactable scenes. We went for a realistic approach to maneuvering and landing the spacecraft for those that want to experience what a real Astronaut goes through in those tense moments.”

You have a new title you are working on that looks very promising and a subject that is still powerful to this day, Titanic VR. And players will be able to explore on their own. Can you please tell us more about Titanic VR?

“Titanic VR is broken up into two major sections – wreck exploration and the sinking. For the wreck exploration, we’ve focused on a story-based narrative to seek out and research various sections of both the bow and stern of the wreck, several miles below the waves. There’s also a more cinematic tour mode, as well as a sandbox mode for full freedom of motion.

For the sinking, we’ve got a full high-fidelity cinematic experience of the sinking that will put people on the deck as the ship goes down. The wreck exploration is out now on PC, with the cinematic and PS4 support coming later this year.

Immersive VR Education has really worked on some impressive things and I love how you are using Virtual Reality to share this. Do you feel that Virtual Reality is the future of education?

“We’re faced with a future where greater levels of education are increasingly becoming the norm. Any way that that education can be sped up or optimized is a part of the future, in my opinion. Virtual Reality allows users to really experience things that are either impossible in the classroom or just too costly. Underwater exploration, rocket engine assembly, space exploration, and surgery, to name just a few subjects, are suddenly possible to attain in every classroom thanks to VR.”

Any chance of ENGAGE or ER VR making the leap over to PlayStation VR?

“It’s always been a goal of ours to get ENGAGE onto as many platforms as possible. We don’t have a definite timeline in mind for this while we still work through the early alpha phases with ENGAGE, but I’d imagine it’ll be on the cards in the future.

As for ERVR, that was a specific piece of contract work for the Royal College of Surgeons in Ireland. We built the program for GearVR and cardboard. If they would be interested in porting it over to PlayStation, then so would we!”

When schools are able to experience how you are allowing them to learn, what are some of the things that they comment on? I bet they get really excited once they are immersed in Virtual Reality.

“The most common comment we tend to get from people is ‘I wish I had this for my education’. Like VR in general, it’s something that you have to experience to get a strong idea of the implications. Once educators try it, they generally have a flood of ideas that they’d like to try and implement. This is great for us because with ENGAGE still quite early in the development process, we’re listening to as many educators as possible to make ENGAGE as useful to them as we can.”

With the PlayStation VR catalog growing, what would you say to someone who is looking for that unique and amazing experience and why they should select Apollo 11 VR?

“Apollo 11 VR came out quite early in terms of VR apps and experiences – I believe the newest headset on release would have been an Oculus DK 2(Development Kit). Since then we’ve kept it up to date with the latest graphical techniques and optimizations, so it looks as good today as anything else releasing on the store.

Apollo 11 VR is a great ‘show off VR’ experience. It’s relatively brief (approximately 45 minutes for the cinematic version), so it’s a great addition to any library to show off your friends and relatives who might not be too familiar with VR.”

Are there any other ideas about history that are in the talks or possibly already in development that you can share that would be coming to PlayStation VR? I would love to see the battle of the Alamo or even some famous History figures, maybe something like Billy the Kid.

“As much as I’d love to share what we’ve got, a lot of our future work is still under wraps. We’ve begun pre-production for our next big project and are nearly finished development on a few shorter experiences coming out this year. I can’t go into specifics but be sure to stay tuned, we’ll have some exciting projects to share soon!”

I really want to thank Bobby Greaney for taking the time out of his busy schedule. I also want to thank Torrie Li for setting up everything.

Apollo 11 VR is out now on PlayStation VR and is also available on Oculus Quest, Oculus Rift/S, Oculus Go, Gear VR on the Oculus Store, Steam, Viveport, and Daydream on the Google Play Store. A review copy was provided.

There is something about the calmness of space. Seeing all the stars, being able to see incredible views and weightlessness. It’s all very beautiful and poetic. But all that beauty could turn into something fearful if something went wrong. What…
Read
Older Post

Ever since I saw Jupiter & Mars for the PlayStation VR announced at PSX 2017, there was something that drew me in. It is one thing to look at something and see it, but it is another to experience it in Virtual…
Read
Random Post

Have you ever thought about what would happen if the human race had to set out for a new destination, one that hopefully, could help keep the human race alive and going for generations to come? If you were in…
Read
Random Post

You Could Win Up To Two Copies Of Touring Karts On Steam...

If One Wakes Up To The Unknown, Would One Want To Face The Fears Of It?

Imagine waking up in your own home that should be familiar place, but instead of the safe feeling you are used to, is now home to an unfolding mystery. One with such fear that you may not like or want…
Read
Random Post

When I heard that Fountain Digital Labs was going to release a follow up to Virry VR: Feel the Wild for the PlayStation VR, I wanted to learn more. I wanted to get back and close with the animals. So I reached…
Read