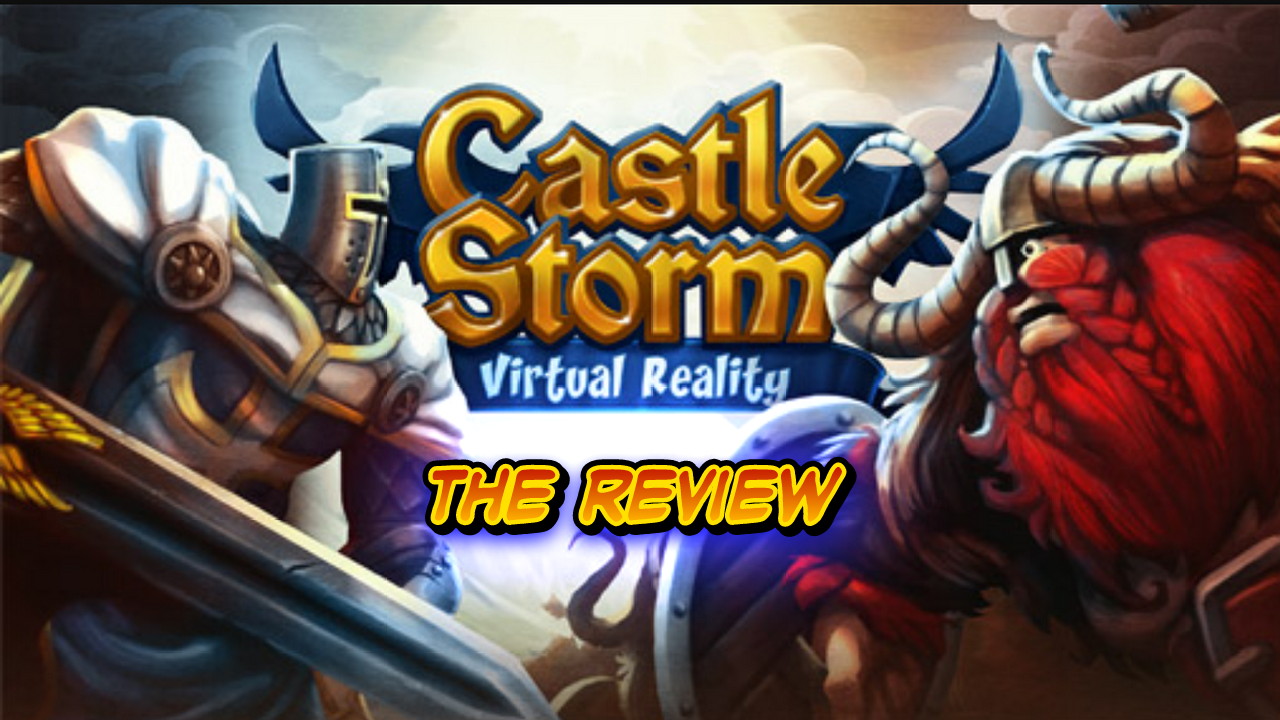 CastleStorm has been on every system from PS3 to Vita and now Zen Studios is giving it the VR treatment on PlayStation VR and I can say this is a very good thing. CastleStorm in case you do not know is an Action/RPG/Tower Defense game as you defend your castle from enemy troops all while using your power to stop and dismantle the enemy while recruiting peasants or minions if you will fight your battles.

When you first start CastleStorm VR in the single-player campaign, you are in this movie theater of wooden seats with two shiny knights ahead of you, a bucket of the King’s popcorn next to you and as you turn to look behind you, you will see the King and Queen sitting in the back row watching the movie which is really the game.

No matter what mission I played, every one of them was full of fun and some will challenge you as you try to find out new ways to conquer the level. With the gold that is earned, you can upgrade your tools to help win those missions. As I mentioned, since this has been played on the PS3 and Vita, the cutscenes are not in the 3D we are used to with PlayStation VR, but instead puts you in the medieval theater which really is a nice touch and adds that special flavor that truly makes VR magical.

When you play, there is not a sense of being rushed, but the level of depth that Zen Studios added for VR is something that makes you want to keep playing all while having that smile as you know that some games need to have the VR treatment. Even though CastleStorm didn’t need to be in VR, I can now say, at least for me, there is no other way I would want to play this.

CastleStorm allows the game to be played differently as the castles you build, the rooms that are placed allow certain abilities, upgrades and troops to be determined. If a certain bonus was in a room and that gets destroyed, then that bonus is lost. From the single-player to multiplayer, while playing I felt like I was playing this game with miniature figures as you might have when you were kids. I felt like my imagination could go anywhere. This is where Virtual Reality comes into play. To take you to a world where you can explore and play within it and Zen Studios did a great job added a new spin to a game that already has a history and I thank them for that.

CastleStorm VR is out now and is also available on the Oculus Rift/S, Oculus Go, and Gear VR on the Oculus Store. A review code was provided.

In case you missed the trailer, please enjoy. Until next time, I have some more castles to destroy.

Some of the games that help expand what we may know now can be bounced off a certain type of genre of games, dungeon crawlers. You might have to find a key or a potion or fight a monster. All…
Read
Older Post

Monkey King from Digital Domain has been released on PlayStation VR. Based on the Chinese Mythology, following Sun Wukong aka the Monkey King who born from a stone who has supernatural powers that just wants to belong. Just like if you…
Read
Random Post

Many types of genres work when it comes to Virtual Reality. But one in particular that I hope we get to see a lot more of is platformers. The ability to move around in Virtual Reality and get that sense…
Read
Random Post

Dr. Who: Edge of Time Is About To Get A Little More Physical...

For those that have been waiting for a physical edition of Dr. Who: Edge of Time, you are in luck. Imagine going through time with the power of the TARDIS. Where would you go and what would you seek out?…
Read
Random Post

Get Ready For The Arizona Sunshine Annivrsary...

This month has been three years since the release of Arizona Sunshine for Virtual Reality. And Vertigo Games wants to help celebrate. How would you like to win an Arizona Sunshine key for the platform of your choice? What about…
Read
Random Post

Audica Wants To Take You On A Quest...

It's time for you to grab your shooters and be in tune with your rhythm as Harmonix's rhythm shooter is coming very soon to the Oculus Quest. In AUDICA, it will be up to you to shoot the targets with…
Read