Along Together – The Review 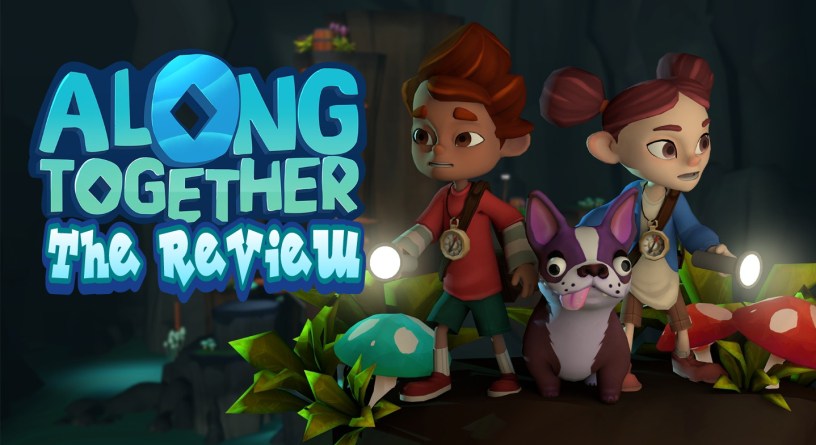 When you have a story that is so heartwarming it’s great. When that story can bring you in and bring you down to the level of where the characters bring life to that story, that is something special. But the question then becomes, can you bring that heart to a new level in Virtual Reality? Well, it seems that that is exactly what Turbo-Button has done with Along Together for the PlayStation VR.

So what is Along Together really about? Its a story about a kid’s best friend goes missing and they are trying to do whatever it takes to get their dog, Rishu, back. So you might be asking about what you do. You play kid’s invisible friend to help them along the way. So your job is together, you must rescue Rishu and bring him back home. But it will not be an easy task. As there will be puzzles that you must solve in order to help your visible friend. And this is where the fun begins.

So let’s speak about the controls. One thing I really appreciate is how even though you are controlling two separate characters in a way, you are working together almost in unity. The invisible friend is represented by the blue hand which is motion controlled with the Dualshock 4 controller and the R2 button to execute the actions, such as turning cranks, pulling carts, rotating bridges to even using a slingshot just to name a few. The visible friend is controlled with the left analog stick and you will be using X to interact. So even though its two different characters, its just one simple control scheme to help each other.

I mentioned puzzles and there is plenty here for everyone to enjoy. Some are simple and some require some thinking, but none that should make you too frustrated. If else fails, look to your visible friend as they just might point you in the right direction. But the puzzles here are very well thought out and work amazingly in VR. And I love how something simple as rain is used here as it seems each drop just comes alive as it’s pouring all around you.

Along Together has also done something very special here in the way of nostalgia with the items. When you play, be on the lookout for special collectibles. By collecting these, they will appear on your shelf which then you can interact with. One of the first items is a handheld video game that is all too familiar. Sure you could have just collected the item and continued on trying to rescue Rishu, but no. Turbo Button didn’t think that was good enough. They made the game playable, so yes a playing a game within a game in Virtual Reality. Nicely done Turbo-Button…nicely done.

I do not want to spoil all the collectibles, but there are some really nice throwback items, that I just looked at and it brought some memories back and makes me really appreciate everything. And for a game to do that, to bring out some of those memories we had growing up that maybe we have forgotten or they just lied dormant for whatever reason, its these small touches, this extra effort that makes playing Along Together just a joy to play. And trying to collect them all will keep you wanting to repeat the levels just to do so.

Let’s go back to the controls for one moment or really the camera movement. The camera does move on its own depending on where your character is on the screen. This is not a bad thing as it just seems to flow with the movement of the adventure, but it may take some getting used to for some.

Soundwise, from the beeping due to not all the buttons being pressed that need to be to the raindrops the warmheartedness of Rishu works really well. And when you add the right kind of music that is at the right beat, you cannot go wrong here. Visually this is stunning. I don’t know what it is, but something about being brought down to the level to being presented like you are right there along the side of these characters in Virtual Reality just seems to show the right amount of detail and for one I really appreciate that.

Along Together proves you don’t have to have the most action, the biggest explosions. All you really need is just sit back and have some fun. Sometimes we just need to be able to escape and be shown a different perspective on some of the happy memories that allowed us to be who we are today and to show the next generation of who they can be for the future.

Along Together is out now for PlayStation VR and is also available on the Oculus Rift/S, Oculus Go, and Gear VR on the Oculus Store, Steam, and Daydream on the Google Play Store. A review code was provided.

TO THE TOP – The Review

Sometimes something comes along that really surprises me in Virtual Reality. Sometimes it’s not the escape, sometimes it’s just the ability to move and get to the goal that really can draw you in and make you want to stay…
Read
Older Post

Games can come in all shapes and sizes. Some have massive worlds while others have you contained in certain rooms. Some games require only for the single-player storytelling, while others require to be online. But sometimes, just sometimes there comes…
Read
Random Post

The Angry Birds Movie 2 VR: Under Pressure – The Review

When we last left the world of Angry Birds, I reflected on how the pigs just wanted to live and have their place in society and not have to worry about the anxiety of the birds crashing into their handwork structure…
Read
Random Post

The dead. The apocalypse. Usually, when you combine these two, an all-out war almost breaks out and then you have to decide if you are Negan or if you need to ride a bike with Daryl and try to help…
Read
Random Post

Get Ready For Some New Blood & Truth Challenges...

With as awesome as Blood & Truth is, the updates that keep coming are not only very well done, but also refreshing welcome and it looks like the latest set of challenges do not disappoint. First, we have Pistol Spinning.…
Read
Random Post

Back in June of 2017 when I first heard about this action RPG game that would be cross-platform play with Rift and Vive and playable in Virtual Reality, I became very intrigued that a game like this would be hacking…
Read